As part of the activities of Local4Action HUB Barcelona Provincial Council, last Thursday, February 3, the seminar "The political situation of local elected women in Morocco and Barcelona" took place within the framework of the EqualMED project, led by IMADEL (Institut Marocain pour le Développement Local) and the Directorate of International Relations of the Barcelona Provincial Council. Local elected women from the municipalities of the province of Barcelona and from Moroccan communes and entities participated at the event, as well as a representative of UN Women, with the assistance of more than a hundred people.

The President of the Barcelona Provincial Council, Núria Marín, opened the seminar highlighting the importance of consolidating the political leadership of local elected women, and continuing to work so that gender equality takes part of "everyday normality". In addition, Zakia Mrini, President of IMADEL, reiterated the importance of the EqualMED project to share experiences of women's political leadership.

The first table of the webinar brought together the Deputy Councillor for International Relations and Deputy President of Barcelona Provincial Council, Pilar Díaz, and the president of UN Women in Morocco, Leila Rhiwi. The second table gathered the mayors of Sant Boi de Llobregat, Lluïsa Moret, and Santa Coloma de Gramenet, Núria Parlón, the President of Arbaoua Commune and of the Network of Locally Elected Women in Africa (REFELA), Fatna El Kihel, and Nadia Chadi, Vice-President of the Tetouan commune. Rachida Tahri, a gender approach expert, moderated the session. All of them shared their personal trajectories as local elected women, highlighting the difficulties and the achievements acquired.

The Local4Action HUB Barcelona Provincial Council, linked to the EqualMED project was born in 2020 with the main objective of contributing to the incorporation of the gender perspective in local public policies in Morocco and, in particular, promoting the political participation of women in the local sphere, taking advantage of the significant advances that the country is doing in this field. 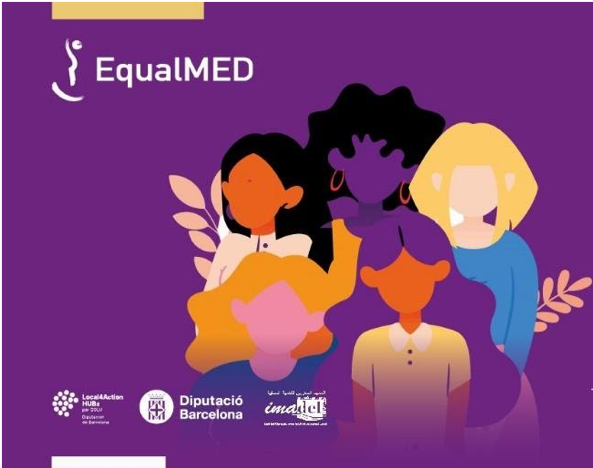